There were 823 consumer insolvency filings in British Columbia (BC) during the month of January. This represents a 4.2% increase when compared to January of last year. Although this is an increase from last year, this is still below the average monthly filings experienced in 2017. 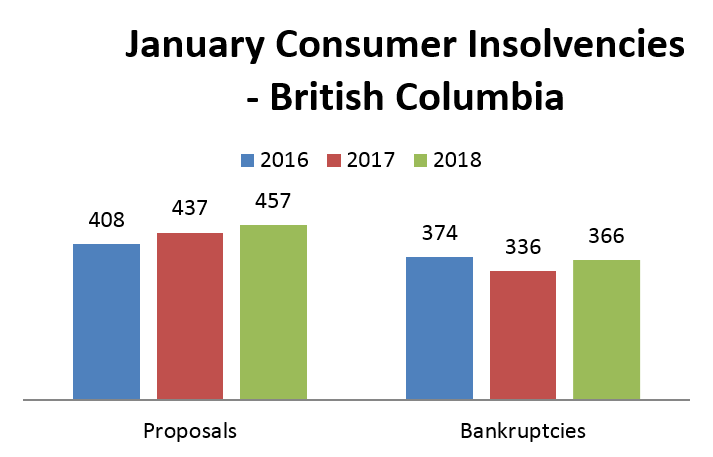 While insolvency filings and the BC unemployment rate remain low, the headwinds facing the Canadian economy are building. It will be a tough balancing act for the Bank of Canada to navigate through the remainder of the year.

In addition, there are other factors which could negatively affect the Canadian economy, including:

Source: Office of the Superintendent of Bankruptcy, Insolvency Statistics

Tags: bankruptcy statistics, consumer proposals, office of the superintendent of bankruptcy, personal bankruptcy
← Previous Post
How to Make the Most of your Tax Return
Next Post →
A Budget-friendly Guide to Mother’s Day

Greg Best enjoys working with clients to create solutions for their financial needs.

Cynthia’s goal is to ensure that every client feels respected and understood and to instill hope that they can get their life back by giving them the fresh start they deserve.

Ask Us a Question